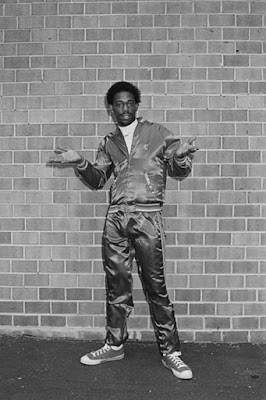 Like most of the first generation, Caz started as a b-boy in the Casanova Crew (not to be confused with the former Black Spade gang known as the Casanovas, who did security work for Ray Chandler).
Everyone in that early West Bronx crew had the first name Casanova, and members could make up any last name they wanted provided they were down with the crew. Caz came up with “Casanova Fly” and became one of their top breakers until he had his growth spurt.
Notice how the best breakers tend to be on the shorter side? Their bodies are just so much better suited to going to the floor and staying there, so once Caz became too gangly to break, he became a deejay.


https://abakusmagazine.wordpress.com/…/grandmaster-cazs-bi…/
Posted by SOLO138 at 12:22 PM
Email ThisBlogThis!Share to TwitterShare to FacebookShare to Pinterest