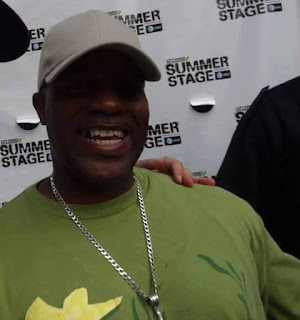 "Hey... This is "Jimmy Dee", A few days ago I was talking to "Legs" and he wanted me to jot down a few words about the formation of the Rock Steady Crew. I laughed to myself because I have read about a half dozen or so stories about how it all started. Don't get me wrong, it's important to know the roots of the Rock Steady Crew, but I think it' much more relevant to know what it has become. We were kids; me, Jimmy Lee, JoJo, Trace, Popeye and Batch were part of The Bronx Boys (TBB) we loved to live life; tagging, partying, and most of all breaking. Don't be mad at me if I didn't mention you, no disrespect intended but i'm trying to keep it short. Contrary to popular belief me and Jimmy Lee did not have a falling out with Batch. We started our own crew. We had his blessings to expand and make Rock Steady Crew with TBB's backing. We started out small with only about six members; but as many battles fought and won we were almost over run with new recruits. Jo Jo suggested we have auditions. And that's the first time that I met Legs. And I was impressed, so impressed by his skill and desire to be the best he started his own chapter in Manhattan and eventually went on the become president. And well you know the rest. I am not political by no means I'm not looking for fame or glory, Legs has done that and more for the Rock Steady Legacy. As for me, I left way back then to to college in California. I followed the progress of RSC over the years proud as can be, why? Because breaking is here to stay. All over the world... And I'm happy to be a part of it.
—in Bronx, New York.

Posted by SOLO138 at 8:35 PM
Email ThisBlogThis!Share to TwitterShare to FacebookShare to Pinterest