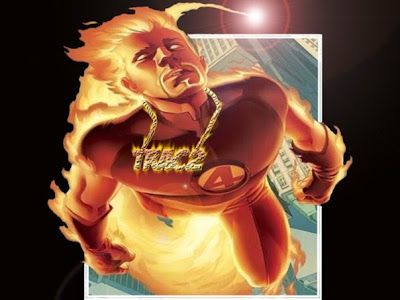 Luis Angel Mateo aka Trac 2 Original Generation Bronx Beatboy Rocker. From Rocking to Bboying,the following information is an overview based on my personal experiences. 1974- My first school yard jam at Junior High School 82. 1975- Witnessed my first Rocking Battle between Vinnie (Sals...oul) and Beaver (Zulu Kings). 1976- Began Rocking/Bboying,and the first to incorporate gymnastic into the dance. 1977- Co-Founded the crew StarChild La Rock with Bos and Blue, and created the Bboy move called Tracks. 1978- Winner of the first Bboy contest, and StarChild La Rock also winners of the first Bboy crew battle,and the year when i met Spy and JoJo. 1979- Created the Bboy move one arm pirouette / 1990's. 1980's til the present- Judged countless Battles and Bboy competitions, also witnessed the evolution of Bboying to Break Dancing and back to Bboying. 1996- Featured in Rap Pages the Magazine. 1997- Judged a Bboy competition in Miami for Blaze Magazine. 1998- Lead Historian for DMC's Original Bboy Foundation Video. 1999- Invited to attend The Rock & Roll Hall of Fame Hip Hop conference. 2001- Featured in the documentary The Freshest Kids. 2006- Featured in the documentary From Mambo to Hip Hop. 2007- Lead Historian for two up and coming documentaries, Planet Bboy and Underground Dance Masters: Final History of a Forgotten Era. 2009- Interviewed and Quoted in June 2008 for The Real B.boy Book FOUNDATION written by Joseph G.Schloss. 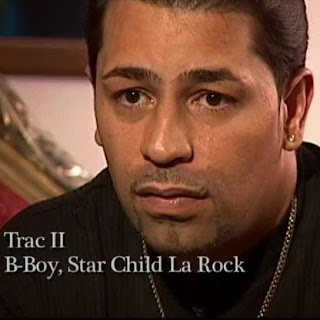 An excerpt from the book: Underground Dance Masters
Story told by Trac2

There was a building on 178th street and washington ave where Trac used to live that had become abandoned. Trac used to always go back to that neighborhood because that is where all his friends were. They turn an apartment on the first floor into a clubhouse.The following year, in 1976 he was introduced to a young Puerto Rican kid named Raul "BOS" Olavarria, who was a year younger than him. He asked BOS if he could learn his dance style. Trac remembers, I was really intrigued and wanted to learn how to do it.  He explained to me that the dance was called Rocking and we were called beat boys. By 1974-1975 the terminology of beat boy was already established in this little local Bronx teen scene. 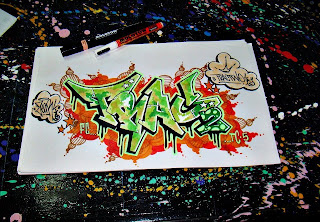 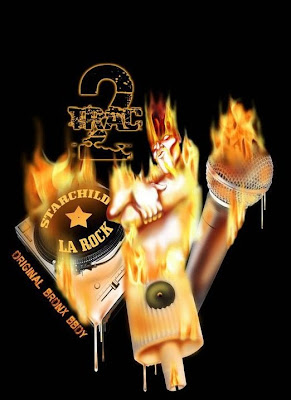 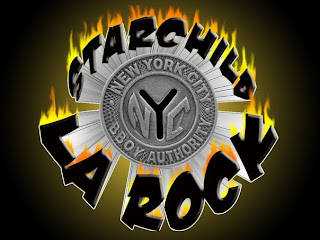 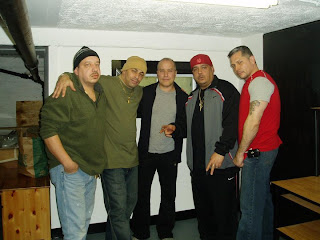 There was a graff writer named RCA ( Mark ) founder of the writing crew BF ( Bronx Family) one day came to our club house (an abandoned buliding) and tagged on our wall, RCA BF La Rock StarChild. a week later Bos, Blue,and myself was trying to think of a name to create our own crew, as i turn and looked at the wall i noticed what RCA wrote under his name, so out of Respect to him we aprpoached him at the school yard and ask for permission if we could use the name La Rock StarChild and he said yes, as he we were heading back we came up with the idea of changing it to StarChid La Rock, so when we got back we noticed that the wall was baby blue and he wrote his name with a dark blue marker, so that became our crew name, and made our shirts baby blue with dark blue lettering. 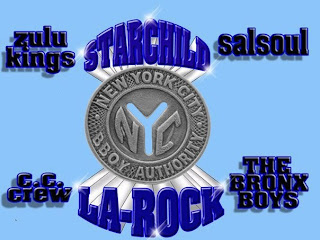 * The first crew to incroparate gymnastics into the dance, using gymnastics as a transitional form to extend creative flow without taking away from the Dance. 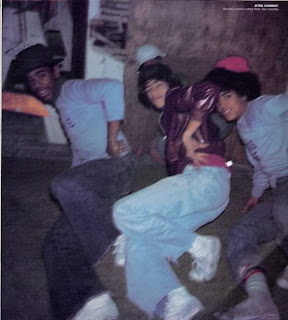 * Winners of the first Bboy competition in 1978... it was the first time our dance form was seen as a dance in which competition could be held. 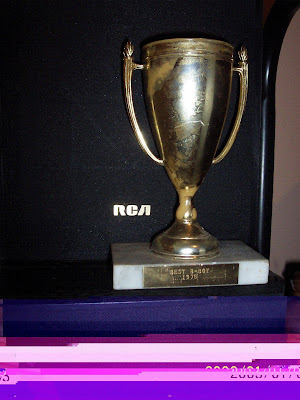 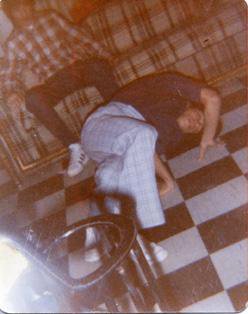 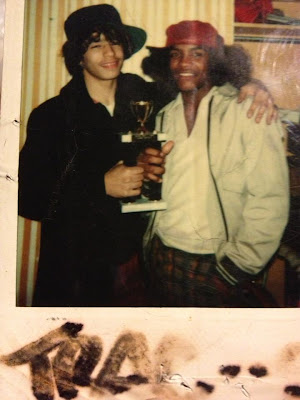 "1979 MOMS & POPS Best Bboy Battle, After Winning I gave up the Trophy to my Partner Spy" -TRAC2 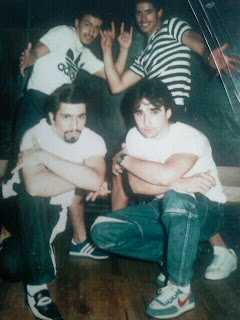 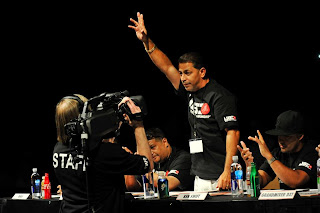 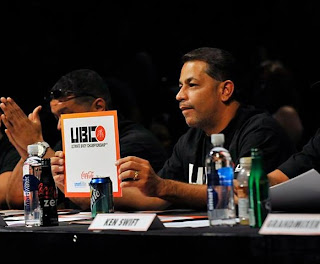 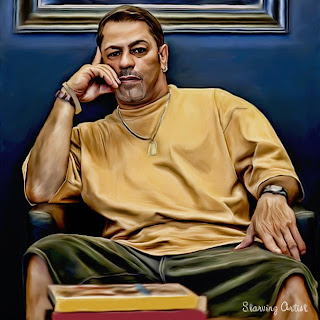 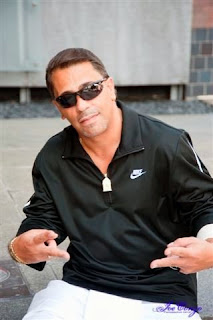 Posted by SOLO138 at 6:21 AM
Email ThisBlogThis!Share to TwitterShare to FacebookShare to Pinterest