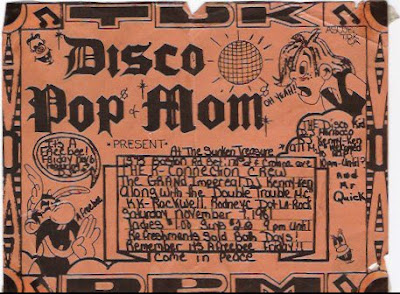 Moms and Pops social Club
Disco moms and pops was the place to be, they were the only adults of our time that believed in us enough to keep the club going just so we'd have a venue to do our thing....if it wasnt for moms and pops,alot of us would've stopped dancing long before....thank you M&P....Luis Tracetwo Otero
Pluto Seven Tbb is that tha same club Legs was talking about in freshest kids?
Vidio Rtr YES SIR MUCH RESPECT TO LEGS FOR MENTIONING MY PARENTS
Vidio Rtr Luis Tracetwo Otero thanxs for that shout out to my parents
Moms and Pops social club was a place in the Bronx were many top bboys and crews would battle. Many great battles took place from some of the most legendary crew/bboys for top honors and bragging right
Mom & Pops held 3 competitions ( Battles) that year..1st one was a The Freak Dance Won by Raymond and Zorida Rockwell, 2nd The Spank Dance Won by Kim ( Mom's Daughter) and Myself, and The 3rd and last one was The Bboy Battle that i Won.. -Trac2
Ran Dee
That's my nigga' Prince, from The Bx. All Star Rockers crew. He was known for the "hammers", but was one of the baddest around the way. All those B-Boys were from around my way. We would hang out at "Pop's" on 182nd St. & Prospect Ave. And dance at the infamous "basement parties" on Crotona & 183rd and at the jams at P.S. 129. Good ol' days!
-Video RTR 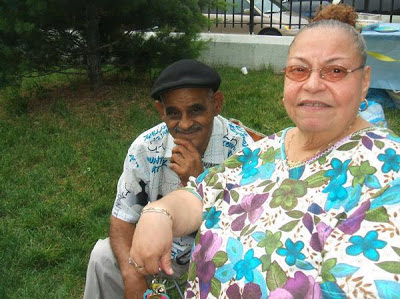 THIS IS POP + MOM FROM MOM'S & POP'S BASMENT CLUB BACK IN DA DAYZ ... NOT ONLY THEY OPENED THERE HEARTS TO US BUT THERE HOUSE AS WELL ... THEY ARE THE PARENTS OF MY MENTOR BOSCO, AND MY BROTHER BATCH ... ALSO PARENTS TO VIDEO RTR / TBB .!! JUST WANTED TO SHARE THIS PHOTO AND MEMORY WITH MY FAM... DEEP HISTORY IN THAT BASEMENT!

PEOPLE WHO WERE THERE; TBB ROCKING CREW , ROCKWELL ASSOCIATION ,CHING A LINGS...JUST A FEW OF THE NAMES!! ITS AN HONOR AND A PLEASURE TO HAVE BEEN A PART OF POP AND MOM'S


Posted by SOLO138 at 12:01 PM
Email ThisBlogThis!Share to TwitterShare to FacebookShare to Pinterest