"We are all in this together, we need to stick together!" -Frosty Freeze 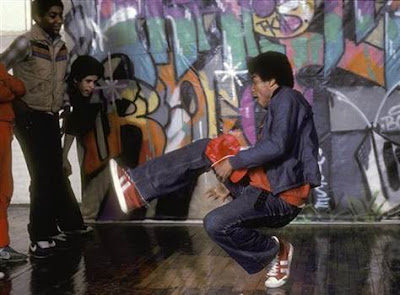 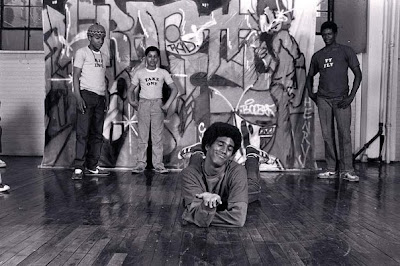 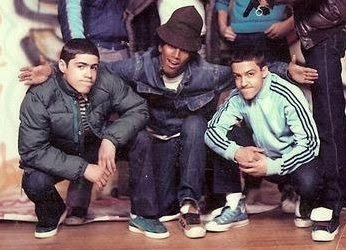 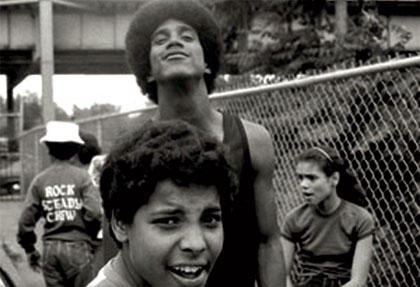 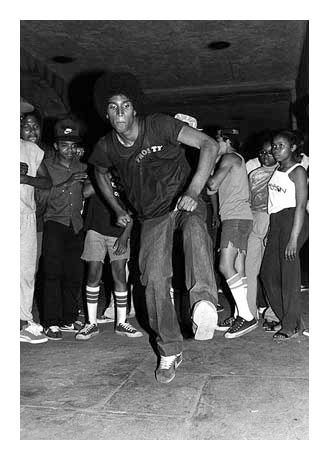 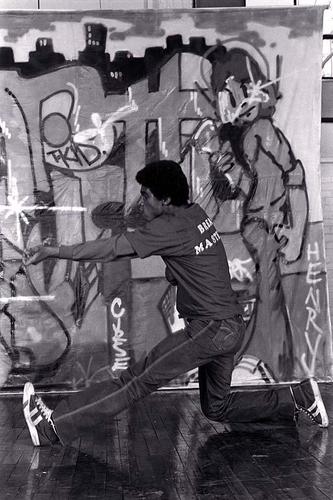 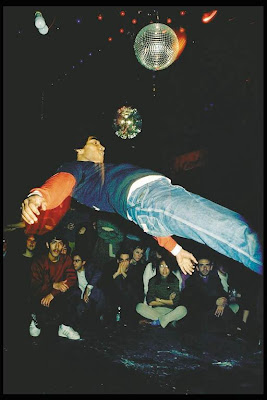 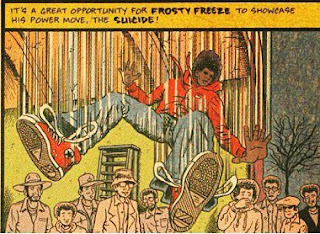 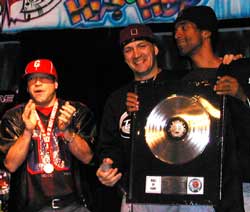 
H2E: What is the first crew you were in?


H2E: How did that whole 2nd generation of RSC begin?


Frosty: Well, first Crazy Legs asked JoJo and Jimmy D (Founders of RSC) for permission to start his own Manhatten chapter but they denied him, finally around March, 1981 they agreed and the rest is history.


H2E: What movies have you danced in?
Frosty: Style Wars, Wild Style, & Flash Dance
H2E: What about magazines?


Frosty: I was the first Bboy to come out on the front page of any magazine!
(Village Voice, April 1981)

H2E: What TV shows have you appeared on? 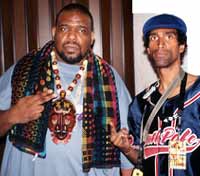 H2E:What tours have you been on?
Frosty:

Kitchen Tour - 1982 with RSC, Fab 5 Freddy, Crazy Legs, DJ Spy and others. We went to D.C., Pittsburg, Minnesota, Madison Square Garden, Iowa, Chicago, Detroit, & Toronto. After that was the opening of the famous ROXY in June 1982


H2E: What have you been up to recently?

Frosty: I was teaching classes with Fabel last year in some public schools.
I hosted Marlon B's event at the Culture Club and I did the Studio Y Tv show in January.


H2E: What years have you attended the Bboy Masters Pro-Am in Miami and what are your thoughts on it?
Frosty: 1998, '99, & 2001 - I like meeting all the international Bboy's, South Beach is fun, I like the weather, the people are nice, it's just a lot of fun and a great location. It makes me feel like a kid again! (Frosty also attended 2002, 2003, & in 2004 about 2 days after his mother passed away)
H2E: What moves have you made up or a part of your trademark style?

Frosty: I invented the Suicide, and I helped pioneer moves and combos like: Cannonball, Round the World, Swipe to Headspins, Kickout 4-Step footwork, No Hand Footwork, many freezes, and most of all adding character to the dance.

Frosty: Well, I want to keep on dancing but I know my time is limited.
"We are all in this together, we need to stick together!"
I am more experienced with business now and I know how to control my own destiny.
The 1980's were a lot of business for me and now I enjoy the scene more and have a lot of fun. 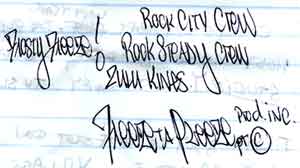 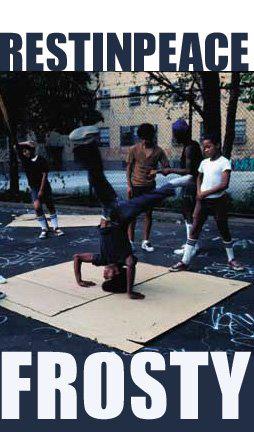 Wayne Frost, a hip-hop pioneer known as Frosty Freeze who helped inspire a worldwide break-dancing craze in the early 1980s as a member of the influential group Rock Steady Crew, died on Thursday in Manhattan. He was 44. 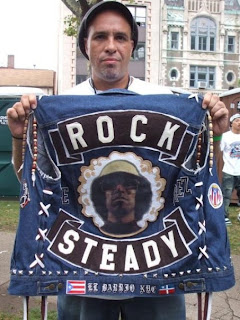 Jorge Pabon, who uses the name Pop Master Fabel and is the vice president of the group, confirmed Mr. Frost’s death, at Mount Sinai Medical Center, saying it followed a long illness, which he did not identify.
Mr. Frost was known for his acrobatic and daredevil moves. One that he created involved a flip in the air that ended with Mr. Frost flat on his back. He called it the Suicide.
Mr. Frost began attracting wide attention in 1981, when his picture appeared on the cover of The Village Voice with an article by Sally Banes titled “Physical Graffiti: Breaking Is Hard to Do.”
He was then featured in early hip-hop music videos, including Malcolm McLaren’s "Buffalo Gals," and performed in films about hip-hop culture, including the groundbreaking 1983 documentary “Style Wars” and the 1983 feature film “Wild Style.” But it was his appearance in the 1983 hit movie “Flashdance,” with Jennifer Beals, that brought him recognition around the world and helped introduce break dancing to mainstream popular culture.
At the time, break dancing, or b-boying, a daring and complex dance form that grew out of the streets of the Bronx and Harlem in the 1970s, was one element of the emerging hip-hop culture, which included graffiti art, rapping and D.J.s scratching and mixing vinyl records on turntables.
Break dancing had its own terminology and was composed of two basic elements: top rock, involving upper-body movement, and floor rock, involving footwork. A b-boy dance phrase finishes with a freeze, hence the name that Mr. Frost adopted.
“He was not only an amazing dancer but a daredevil,” Mr. Pabon said in an interview Thursday. “The moves he did were really super high-risk. He had these signature moves and swagger, this really classy b-boy swagger, that made him extremely unique.”
In 1983 The New York Times wrote of him: “Frosty (Wayne Frost, when not dancing) is well-known in the world of break dancing, the current preoccupation in New York’s discothèques and clubs. He is lean-faced and limber, with a wisp of a beard. Had he been born two generations earlier, he might have been the king of boogie-woogie, or a jitterbug virtuoso.”
The Rock Steady Crew was founded in 1977 in the Bronx and gained international attention throughout the ’80s as its members, including Mr. Frost, Mr. Pabon, Crazy Legs, Ken Swift and others, toured and performed. The Crew was honored at the VH1 Hip-Hop Honors in 2004 and celebrated its 30th anniversary in July with a reunion and performance.
Mr. Frost also appeared in two more documentaries about hip-hop culture, “The Freshest Kids” (2002) and “5 Sides of a Coin” (2003).
He is survived by a brother and two sisters.
“Frosty was one of the most charismatic b-boys that was ever around,” said Benson Lee, who directed a 2007 documentary about break dancing, “Planet B-Boy,” in which Mr. Frost appeared. “He embodied the purist spirit of b-boying. He had so much fun with it.” By JULIE BLOOM Published: April 4, 2008 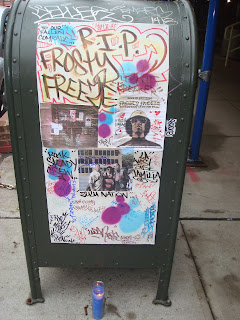 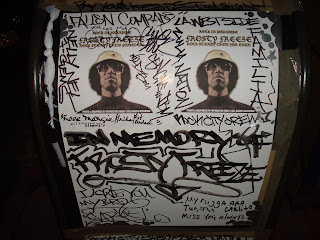 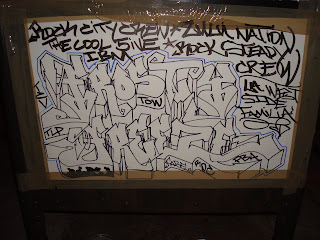 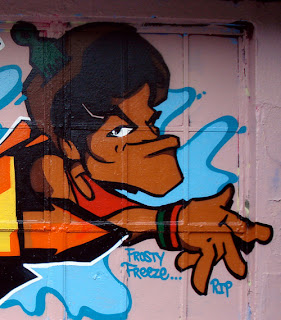 RIP frosty who was in the rock city crew in the beginning of his career in the early 70s.i wish this pic was clear so you could see him he's in front the one with the the white cap, loved this man. He came too me too ask my blessing before he moved on too rock steady now that's respect I wish him the best and nothing less cause I knew he was moving on too greatness plus their was nothing more I could teach him.i was old school and he was new it was time for him too make his own make on life his memory will be in bedded in the rock city crews history for life the original Charlie rock 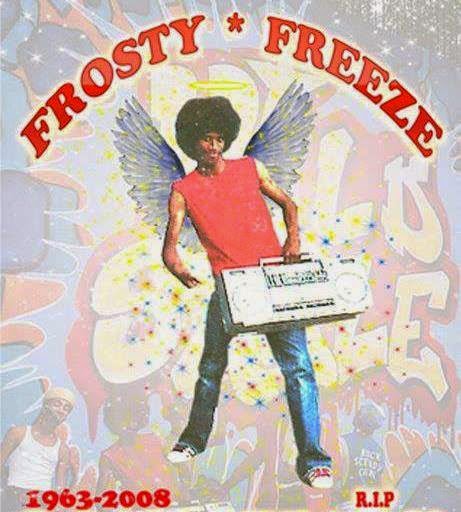 http://www.youtube.com/watch?v=c0hhDLyppEI&feature=player_embedded#!
Posted by SOLO138 at 11:55 PM
Email ThisBlogThis!Share to TwitterShare to FacebookShare to Pinterest