"Today, at 6;14 P.M. Wayne Roberts drew his last breath. He had been fighting a debilitating battle with cirrhosis of the liver, which ultimately took him from this world. Born on October, 20th 1950 , Wayne held the distinction of being graffiti’s elder statesman dating back to the artform’s infancy. Wayne’s Stay High 149 tag is my favorite ever for both it’s style and spirit and his smoking stick figure ,co-opted from the 60’s “The Saint” TV show remains graffiti’s most enduring icon. Handwriting is the root of our culture and evolved before piecing crossed anyone’s mind. During the nascent pre-masterpiece era Stay High 149’s tags mesmerized thousands of would be followers , myself included. In his hands, markers were transformed into magic wands and the insides of trains became his gallery. Two and three tone rainbow colored flo-master uni-wide renditions of his “voice of the ghetto” tags raised the stylistic bar higher than anyone else could ever reach. 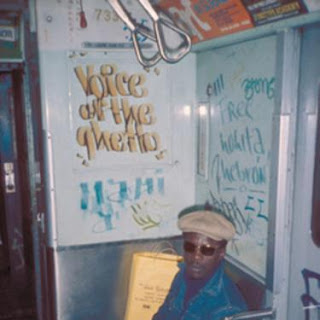 He battled addictions through most of his adult life , disappearing from 1976 -2000. His re-emergence worthy of a NY Times article , introduced him to a new generation of fans. It was during this time that I met and got to know Wayne. What impressed me most was his humility. Modesty and graff are almost mutually exclusive, but Wayne Roberts radiated kindness and humility. The Voice of the Ghetto spoke loudly and eloquently and a whole generation listened.Simply put, he was the truth. He is the type of figure who will be written about in art history books a hundred years from now. My condolences to his daughter, Michelle and son Dwayne. Your father was my hero."
-taken from www.12ozprophet.com/terror161 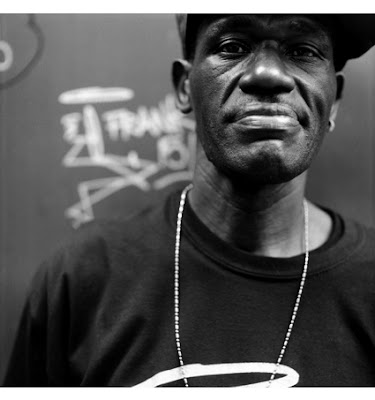 STAY HIGH 149, est. 1969
Wayne Roberts was born in Emporia, VA in 1950; his family migrated to Harlem seven years later. He grew up at a time when the social unrest of the streets resulted in riots. He watched as Harlem almost burned to the ground in 1964, a year later at the age of fifteen two assassins opened fire on Malcolm X and Harlem wept as it buried it’s native son. Wayne’s journey was far from over as his family made a brief escape to the Grand Concourse in the Bronx.
In 1969 Wayne’s best friend Dave gave him the nickname STAYHIGH since he was smoking an ounce of marijuana a week; before long, everyone on the Grand Concourse knew him by that name. Wayne had taken a job as a messenger on Wall Street where he sold loose joints on his lunch break. During the early 70’s he began to notice names appearing on the insides of the trains and stations, TAKI 183, JOE 182, and PRAY were all inspirations for him. In 1971 he started writing STAYHIGH along the Grand Concourse, he quickly added the street number he lived on. As a messenger he could hit the trains on the way to work and back, as well as during the day when he had to make deliveries. 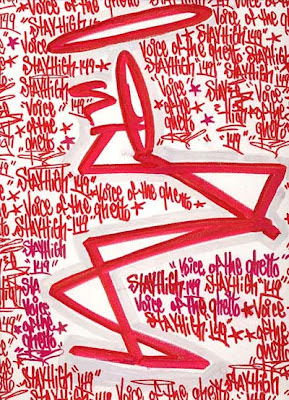 STAYHIGH’s style evolved rapidly and in 1972 he added the final element to his signature: the “Smoker.” Wayne had been an avid fan of The Saint television show, which was in reruns in New York. He took the Saint stick figure, turned him around, and drew him smoking a joint. The classic STAYHIGH tag had been formed and to this day most writers agree that it was the best tag ever. The fact that he was able to get it everywhere merely enhanced his reputation. He could hit 100 trains during the day while working and hit 200 more at night at a lay-up, sometimes doing signature pieces as well. 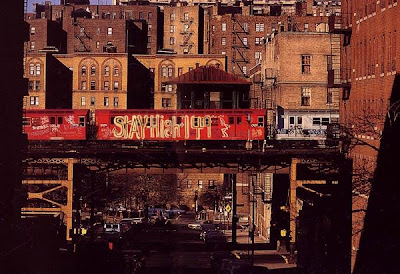 In 1973 New York magazine published an 8 - page essay on the subway graffiti movement, they included a photo of a STAYHIGH piece on a train, as well as a portrait and his tag. New Yorkers could finally place the face with the tag – of course, so could the police. He was arrested just a month later while motion tagging in Brooklyn. When he arrived at the precinct house the detective’s had a copy of the magazine on their desk. After the bust, which resulted in a $20 dollar fine, STAYHIGH had to give up his name.
No one loved the sub-culture of writing more then STAYHIGH and he quickly adopted the new name OVERDOSE. He hated the name and only wrote it for a month. One day on the way to work he looked down at a column in the newspaper called Voice of the People, the name immediately resonated with him and by the time he arrived at work he had turned it into a vertical signature that read VOICE OF THE GHETTO. He decided not to tell anybody and proceeded to hit the lay-ups and yards with the new name, tagging it almost exclusively in three color uni-wide magic markers. The secret didn’t last long when other writers noticed that STAYHIGH’s partners, DEADLEG 167 and LSD OM, were tagging with the same markers. 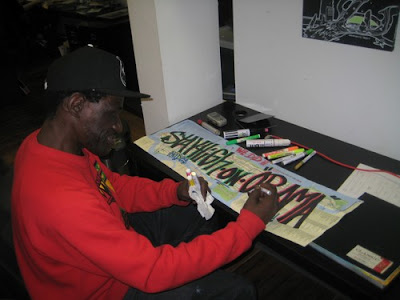 STAYHIGH’s status as in icon in the writing world was cemented by 1974 when The Faith of Graffiti was published. He was prominently featured in the book and in December 2008, when the 35th anniversary edition is published it will feature STAYHIGH on the cover. There was nothing left to do and in 1975 he retired from the writing scene for good.
In 2000, after a 25 year disappearance STAYHIGH emerged at a gallery show and was besieged by admirers. He signed over 400 autographs that night and left through a back door as the line for autographs got longer and longer. He was simply overwhelmed. At the age of 50 STAYHIGH began writing again for a whole new generation, leaving his trademark “Smoker” image everywhere he went, he’s 58 years old and he hasn’t stopped. STAYHIGH, perhaps more then any other writer truly is The Faith of Graffiti. 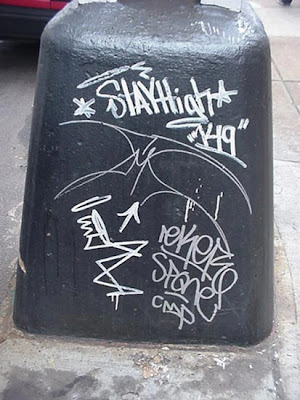 Who were the writers that influenced you?
Taki183, Superkool, Spin, Phase 2. I remember see their names when I started. I think we all started around the same time. Also, some Manhattan writers like Joe182, and Barbara and Eva62.
Why do you write graffiti?
I find it beautiful that's why I do it. But you'll always have critics who don't like it. It's a form of art, self expression. But it gets a bad name when you put it on other peoples property. Writers today should try and do more permission walls to help beautify the city.
What do you think of New York City graffiti today?
It's just not like it used to be. Different breed now, but the legacy goes on.
What crews do you represent?
Ex-Vandals, that means Vandal with Experience.
Why did you start writing Voice of the Ghetto? Was there a social message behind it?
Being from the ghetto, the ghetto has a voice, the voice has to be heard. You have to listen to them speak. The ghetto has a voice and it has to be heard. I listened to music that had messages to it, The Last Poets, they had a message, a group called W.A.R. They had a song called "The World Is A Ghetto".
What was your favorite paint to use?
Krylon, Red Devil, Rustoleum. Icey Grape, School Bus Yellow, Forrest Green. Those were crazy colors.
When did you realize that you were starting to get fame writing?
Once they did the first story and write up in New York Magazine. Before that though "The Faith of Graffiti," that book was the shit when it came out! I got to get a copy of that!
What about fame around the hood?
Back then it wasn't a fame thing, it was just notoriety. People today, people see me, and they ask are you that guy from back in the day? I say yes that's me, but once you see yourself in a magazine or book, that to me was the first taste of fame.
What about the break you took?
I took a 20 year break, starting around about 1980 to 2000. Then in While You Were Sleeping, Freedom wrote an article and wrote "Graffiti King Returns After 20 Years". When I quit back then, I felt I was too old, and I had personal things going on, getting in trouble, a lot of shit comes from "staying high". A little incarceration, a bunch of things, just had to chill out for awhile.
How did you feel when you came back and were embraced?
People thought I was dead, Mare and Kel had Voice Of The Ghetto Productions, when I came back they were like "we were just paying homage". I was surprised to see how many people were looking for me, I really didn't know how much of an impact I had.
Many people claim you were the first to adapt a corporate logo, and make it into your own thing. Do you recall seeing any other writers do this before you?
I belive that this is the case, I was the first to take a logo and adapt it into something of my own. I remember doing it at the time, just because I thought it was cool. I made my stick figure with a joint in his hand because I stayed high, and I made mine crouching because he is getting ready to jump up and take off! After me I remember LSD3 added the "OM" symbol to his tag (example), and from there on I think other writers would try to add various symbols to their tags. But yeah as far as I can remember I don't think anyone was doing any kind of symbol with their tags before me, at least not anyone that influenced me.
Posted by SOLO138 at 2:55 AM
Email ThisBlogThis!Share to TwitterShare to FacebookShare to Pinterest