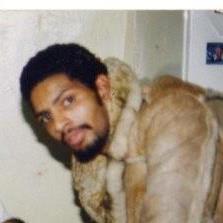 1970's PIONEER B-BOY & MC-  I WAS BORN ON DECEMBER 1ST IN THE BRONX NEW YORK TO PUERTO RICAN PARENTS. MY STAGE NAME IS "THE FLYEST BOO-SKI"... (I AM THE ORIGINAL) I AM ONE OF THE FIRST TO BBOY AND MC, IN THE EARLY TO MID 70S...(THIS WAS BEFORE RAP RECORDS CAME OUT...I USED TO DO MY THING SOLO BEFORE I JOINED INFINITY RAPPERS AT HOUSE PARTIES,COMMUNITY CENTERS,CLUBS,AND AT PARK JAMS IN THE BRONX NY) I WAS ALSO ONE OF THE FIRST PUERTO RICAN BBOYS. (THIS WAS BEFORE "THE ROCK STEADY CREW" AND "THE NEW YORK CITY BREAKERS.") 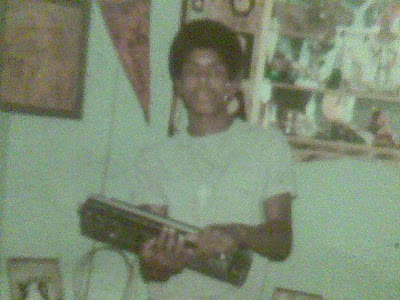 Born in the Bronx, he was one of the first b-boys of Puerto Rican parentage to set his step into the transcending world ofHip Hop as a break dancer. Boo Ski’s dance and musical excursion began while he was in junior high school with his childhood friend D.S.T.

In 1972, Boo Ski began break dancing while attending P.S. 12 Lewis & Clark School in the Bronx with friends in the school gym. Boo Ski formed his own break dance crew with neighborhood buddies from the Edenwald Housing Projects located in the North Bronx.

In the mid-seventies, Boo-Ski, D.S.T. was known as A-1D Rock, and Charlie Rock (aka) A-1 Charlie would participate in battles against Zulu Nation members like Pow Wow (from the group Soul Sonic Force) at the Bronx River Center in the mid-seventies. They formed the first uptown b-boy dance crew known as Zulu and Boo Ski introduced D.S.T. to Bambaataa in 1975 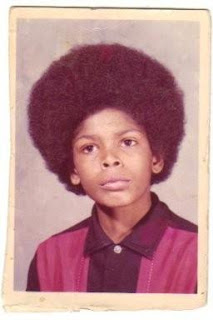 THE EARLY 70S WE STARTED BREAKDANCING AGAINST THE BEST BBOYS FROM THE NORTHEAST TO THE SOUTH BRONX.WE USED TO BREAKDANCE TO JAMES BROWN BREAKBEATS LIKE "SEX MACHINE" ,"APACHE" ( BY THE INCREDIBLE BONGO BAND), "JUST BEGUN" (BY JIMMY CASTOR BUNCH), AND "LISTEN TO ME" (BY BABY HUEY) OUTSIDE HIS BUILDING. THE BREAK BEATS WERE PAUSE TAPES THAT HE MADE BEFORE HE STARTED DJING


Posted by SOLO138 at 3:02 AM
Email ThisBlogThis!Share to TwitterShare to FacebookShare to Pinterest