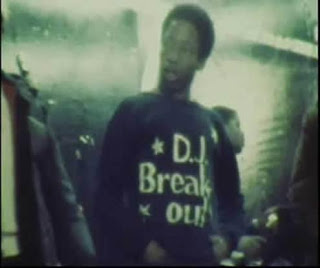 Troy- Where did the name Breakout come from?

Breakout- I had three names, one was Breakout, another was T163 and the last one was Crip. See during the time when I was break dancing with the fellas I broke my leg in karate. So every time I would break-dance they would applaud me telling me I was real good. So I told my man Doc La Rock that I had 3 names and he said, “Well what do you want to do? I said pick one of them for me. He said Breakout! I said are you serious. He said yes. I said watch I am going to make that name famous.”
Troy- So where did the name Breakout come from?

Breakout- Remember that game Breakout, well at the time it was one of my favorite games, you had a man with bricks in front of him trying to break out. 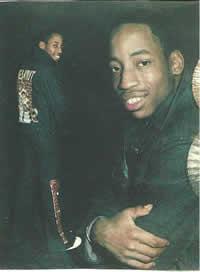 Dj Breakout
Troy- So what inspired you to do this Dj.ing thing?

Breakout- Well I use to be a B- boy first, I use to break dance. I use to go to Bambaataa’s parties and listen to Bongo Rock and go bananas.


Posted by SOLO138 at 2:58 AM
Email ThisBlogThis!Share to TwitterShare to FacebookShare to Pinterest