THE FOUNDING FATHER BATCH and his daughter ANNIE 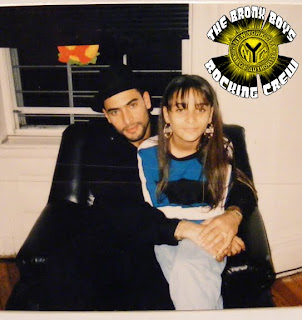 Please allow me to first say that i am honored to be able to address this notification to a "people" whom have enraptured my deepest emotions in such an enormous and marvelous way that, I can not simply explain.

I am a warrior who can withstand lots of pain.  But after seeing the images of you (from which DON TONY had sent to me) "proud and united people", those images of you guys, made tears of joy and appreciation run down my face as i sat on my bed.  It brought to my thoughts immediately how much you all mean to me even when i do not know you all personally.  And it also made me realize that warriors have feelings too.  Thank you all for being the real "BIG BATCH".  No, I do not mean BATCH as my name.  But rather the "BIG BATCH"-- you guys!  You all are the real "BATCH".

Just look around among yourselves...you all are a powerful force of energy.  I admire you all with sincere love, unity, and respect.  We are "originals", and we can accomplish anything together!  We can build our own empire by continuing to unite and by staying on a positive level, and we will therefore never break up ever again.
In 1979 I had no choice but to break up THE BRONX BOYS ROCKING CREW.  They had become wild "hyenas" and as it's population grew I could not control the peace in the Bronx.  When I had realized I was turning in to a hyena myself, it was then i made my last and painful decision of a crew that had started something that years later would become an outstanding form of dancing:  Rocking.
This generation of THE BRONX BOYS ROCKING CREW is totally the opposite of the 70's TBB ROCKING CREW.  You all are smarter and better united.   And more importantly your involving your skills with communities and involving your skills with positive reconciliation which is very neccessary for the nations reputation, and for our people in those neighborhoods where negativity still surrounds them.  You guys are the real deal!  And I get a sense of sentimental value, to observe you guys really doing what is right out there.  Today you all have it much better then the 1970's BRONX BOYS ROCKING CREW.  The beautiful thing about that is that there's kids, adults, and even service men and woman down with this colorful nation of THE BRONX BOYS ROCKING CREW.  And besides all the gifted activities that you all contain these days ya have ABY as you TBB ROCKING CREW pres... that is a blessing for most of you that know ABY you can agree with me with out doubts.
Continue to embrace your selves, and doing so by reaching out to the communities with education, the arts of Rocking, music and all of the other great and positive activities you all now contain.  The more you reach out for the communities, the more you are reaching out for yourselves.  This form of commitment will take you to a successful position in life.  It takes an ARMY to build an empire.  With positive energy and determination we can make all the difference in the world!
THE BRONX BOYS ROCKING CREW "does not" any longer belong to the original BRONX BOYS ROCKING CREW from the 1970's... it belongs to you all from around the globe today!
Prez, ABY and CECI..you two look very happy together in your wedding pictures.  I wish you both an everlasting relationship, and that many successful and wonderful things come ya way!  Peace, Love, and Unity.
By the way, how does it feel being "Mrs. Diaz" CECI?  Much love!  Smile!
DON TONY, thank you very much for sending me those images of all of those beloved and special TBB ROCKING CREW GLOBAL FAMILY.  That makes my day all the time!  Keep them coming so I can continue to hook up my TBB photo albums.
For those of you from THE BRONX BOYS ROCKING CREW (TBG) family who wishes to write me, it would be a blessing to hear from you.
Name: Angel Diaz
DIN: 98A1673
COXSACKIE CORR. FAC.
P.O. BOX 999
Coxsackie, New York 12051-099
Hope to hear from you!
Respectfully,
I am BATCH
Posted by SOLO138 at 3:09 AM
Email ThisBlogThis!Share to TwitterShare to FacebookShare to Pinterest